A downloadable game for Windows

A bite-sized point-and-click adventure game about a girl on a mission to search for her missing dog. Join her on her journey as she uncovers the mystery of her missing pet.

In order to download this game you must purchase it at or above the minimum price of $3 USD. You will get access to the following files:

I always get an error message when I try to unpack the .rar with 7Zip. Anyone else having this issue?

OK, I managed a workaround however I would prefer having it available as a zip.

My biggest issue is now that I do not know the controls. Some have mentioned below that only mouse works, but there seem to be something invisible on the lower right corner, is it the inventory? I can not click anything there but sometimes something from there is used if I click somewhere.

Seems to be unplayable for me currently as I do not figure our how to reach a menu for saving or closing the game. As mentioned below it seems to be that you need to switch back to windows and hard exit the game which is not my prefered gaming style. Therefore I need to play it window mode to be able to close it with mouse, but playing window style is also not my prefered gaming mode.

Even while playing window mode the inventory was not there, not sure if that is a bug.

I saw your game thru slickdeals.com and I had to check it out. I love your game.... the puzzles were tough (even though I am slow). The art style was very colorful and imaginative. It is a very pleasing aesthetic. The soundtrack is very upbeat and cheerful. It very reminiscent of Saturday morning cartoons in my house. I threw a few shekels at your team. We creatives got to stick together.

This was a cute and fun little puzzle game. As many have echoed in earlier comments, the controls need a bit of fiddling as even with mouse clicks, the protag doesn't go where she needs to. She doesn't automatically walks towards where you clicked, instead going by a roundabout way. A keyboard and/or controller support for this would be great and eliminate the clunky controls. Another issue I had with the game is the sound effect when the protag jumps down and get cushioned by a balloon. That sound bite is too meme-ish to be used. Perhaps a different "cushioned" sound effect will work better. Lastly, a volume slider would be great, please.

Overall, I enjoyed this game very much, and the puzzles aren't too easy or hard. It takes a bit of thinking, but overall not bad. I'm a bit confused though whether the setting has Japanese or Chinese influence. It certainly carries more Chinese influences, but then the protag's name is clearly Japanese. Maybe it's more of an East Asian vibe with Chinese/Japanese aesthetic. This is mostly me as a South East Asian player speaking. Otherwise, I definitely love this simple and cute game.

I feel this game would be great on steam and i would buy it there in a heart beat.

Dope AF!  Totally reminds me of the "clicking" adventure games I played on PC as a kid.  The story, characters, graphics, and music are all terrific!  I do understand about how the controls are "a problem" but for this type of game I feel it is it works.  I think this would be a game on Steam, and if it found it's market could get you good recognition, maybe even a little money. Quality work here.

There is no Mac version in the file.

The graphics are pretty nice. I saw this by accident browsing online.

It's a good game. The visuals are very nice looking and quite cute. The puzzles aren't super hard but do require some thinking. I'll echo the other poster and say that the biggest downside is the controls. I'd definitely suggest cleaning those up. Aside from accepting inputs outside the movable area and just moving as close as possible I'd also suggest  changing or adding movement positions for the balloon things. For a lot of them clicking directly on one either didn't move or didn't quite take you to the right place to move up and down so you have to click on the floor around them to get it just right. But other then that one bit of annoyance I really enjoyed the game. Thanks for the free giveaway and good luck with future game development.

Hey dfkjaoe, thank you for taking your time playing and giving us honest feedback on Lifting Journey. We'll surely look into improvising the controls, it does seem like a common issue for a lot of people.

You're welcome and thanks again for the freebie.

It runs well emulated. I started it with a profile in Bottles and worked flawlessly

I usually get free games that sit and collect dust without ever playing them, but this looked pretty and short so it won me over. 😊 I’ve played until I reached the Sky City (circle 9), feedback so far:

The drawings are all very beautiful and the animations are cute, visually it’s really really nice, that’s what drew me in in the first place! Good job! 🤩

Some assets (other characters) stand out as lower res than the girl or the backgrounds, which looks a little strange on a 27” 4K monitor, but totally fine on a 6” mobile screen. If you have higher resolutions of those to export into the game, it would be a good idea to do so, otherwise it’s nothing major, just distracts from the beautiful world.

Sounds effects are ok, so is music. I always play games with their music on, but an option to turn it off is always a plus as some people don’t want it, while still keeping the sounds.

Puzzles and story: I will be coming back to this when I’m done, so far I like it, it’s cute, the puzzles are hard enough to stumble for a minute and easy enough to know how to solve them after a bit of thought, without brute-forcing anything.

And now the bad: Controls suck. I played this both on PC with a mouse and on my phone with Steam Link.

It feels like it was made with mobile/touch in mind, but didn’t make it to mobile?

Now that we are at controls, although Alt+F4 is pretty much common knowledge, PC games ALWAYS need an exit button. I don’t understand how developers keep missing this, you’re not alone 😜. You already have a pause menu and a title screen, so adding a back to title screen button in pause screen and an Exit button in title should be trivial and allow for always easily getting to the Exit button. And a music mute button in the pause menu too maybe, that would be great as I said before.

Why is there no Linux version? It’s a Unity project, you should be able to export it to Linux just as you do for Win/Mac, unless I’m missing something. If you just don’t have an easy way to test it, I’d be willing to do it, contact me.

So, publishing on Steam? Well, Steam reviews can be harsh, so I think fixing the controls before publishing it there might make the difference between an otherwise perfectly fine game being review stormed or ignored, and actually succeeding. Of course it’s quite short so price should probably be pretty low, gamers are harsh with that too (although a lot of times I enjoy short games more than longer ones, so I don’t understand this one).

And lastly, you might want to publish to mobile too as a lot of gamers in your target audience enjoy shorter games on the go. If you fix the control issues, it might do well there!

I hope you wanted the criticism, gonna go finish my game now 😊

I am neither the dev not have I played this game, however I felt you review is great. Something the dev might find really helpful. Great job!

Hey Iris! Glad that you took your time to finish up the game and was very surprised by your effort in writing up the feedback. Thank you for the honest feedback, we'll definitely take them into account, especially for the controls and the icons (It's supposed to be on top of the said item, maybe the resolution change has made them off position).

Hope you had a pleasant experience with Lifting Journey :)

Wow, this looks beautiful! I look forward to play it, thanks for making it free :-) 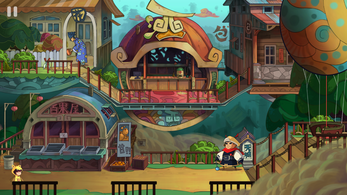 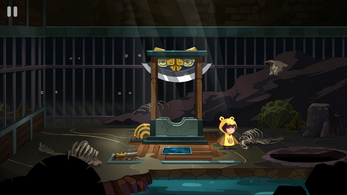 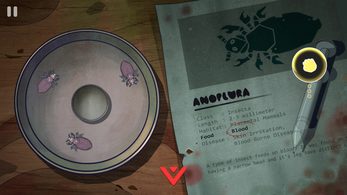 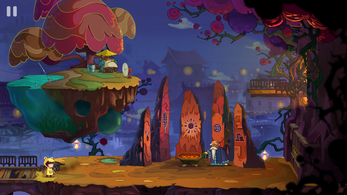